Water security is a major issue all over the world. Resolving water-related issues has called for people to come up with numerous ways to save water at home. Implementing ways that could cut water wastage goes for all domestic tasks: from washing to flushing the toilet.

I have noticed that older toilet models consume as much as seven to eight gallons of water per flush, making them quite wasteful. You, however, can find low-flow toilets today that use about a gallon of water per flush.

If you do not intend to get yourself a newer model, then you could apply the tips I will list in this article to minimize water wastage. They are simple modifications or alternatives that I’ve found effective in making the toilet more water efficient. 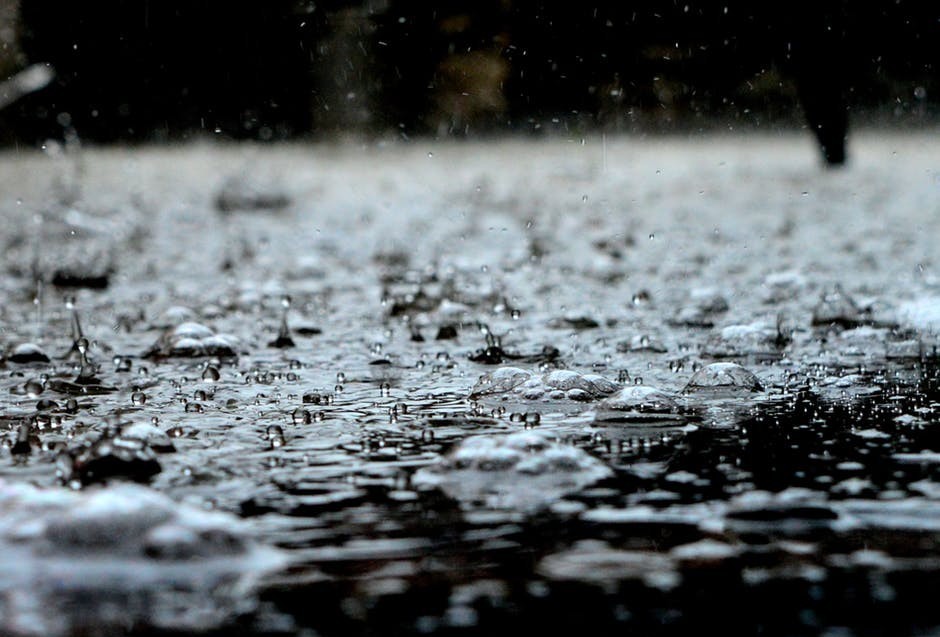 Normally, an average American uses between 80 and 100 gallons of water every day for domestic purposes, both indoors and outdoors. We need water to irrigate our plants, wash our clothes, and to flush the toilet. For instance, a washing machine could use up to 40 gallons of water per washing.

After all, rainwater is free and is in plenty. Additionally, it is fresh water. Rain falls in varying amounts in different areas and even though it does not occur on a daily basis, it is a reliable source of water. This means that if I want to use rainwater to flush my toilet, I have to find a way to store it first.

An effective way to do this is by using gutters, which will direct the water to a reservoir. To set up the rainwater collection system, just contact a local roofing company or buy the parts and install them if you are handy.

After all, the toilet does not really require the water to be pure. This makes rainwater a viable option, plus I get to save on my daily water consumption. 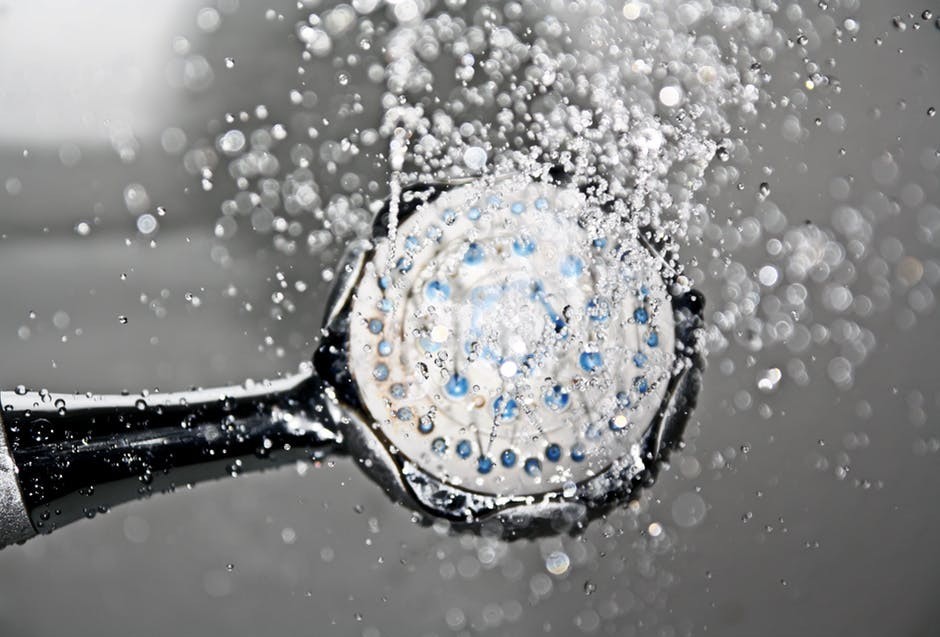 Another effective way that I have discovered you could employ to make your toilet more water efficient is by reusing shower water. Picture this. Every day, you wake up and take a shower for a couple of minutes in preparation for work.

Have you ever stopped to think how much water goes down the drain as waste?

Even more concerning is the fact that every month, the water bill accumulates, and the water you waste is also calculated in this amount.

Interestingly, there is a solution to all this. Whenever I am taking a shower, I always ensure to put a bucket under the shower so that it can collect the water. Once it fills up, I put it aside and get on with my business.

When it is time to go to the toilet, all I have to do is pick up the bucket I had previously filled with water, open the tank cover, and pour in the water from the bucket. Once I am done with my business, I flush the toilet using my shower water.

This is quite a cost-effective and ideal way to save the water that is used up in my toilet. 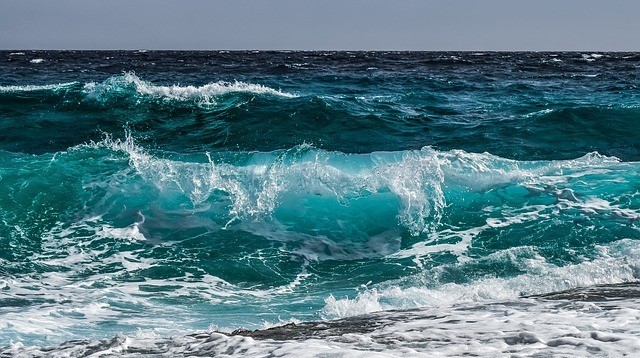 Truth be told, flushing the toilet consumes a lot of water. And with close to 80 percent of the world’s population is affected by water insecurity and water scarcity, it is imperative to come up with effective means to save freshwater.

One of the ways that I have seen come up is using sea water to flush the toilet. The sea takes up more space than land, and people have discovered ways to make use of this water for domestic purposes such as flushing the toilet.

This has been made possible through seawater desalination in a process referred to as reverse osmosis (RO). A city such as Hong Kong is already employing seawater for toilet flushing (SWTF) as an effective means to deal with the water shortage.

Water research has been focusing on enhancing the technologies that involve seawater desalination. The only setback to SWTF is the fact that the process consumes a lot of energy, plus it is quite costly. Despite this, it has proven to be quite effective.

Hong Kong has managed to cut its yearly freshwater consumption by about 22 percent and the SWTF system serves about 80 percent of the city’s population.

Tip 4: Use a Plastic Bottle 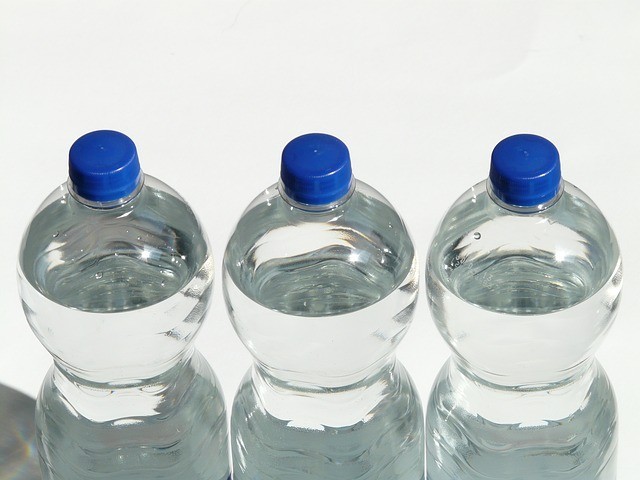 Another effective strategy of making the toilet more water efficient is by using a plastic bottle. There are a couple of steps that have to be followed to ensure that this process is completely effective. First, you have to find a plastic bottle – about 20 ounces, and then partially fill it up with sand, pebbles, or gravel.

You could also add some water to boost the weight. The reason I advise you to first fill it with these solids is that filling it up with water will not be as effective because the bottle will end up moving about the tank. This movement could easily tamper with the mechanism of the cistern.

After the plastic bottle is filled up, the next step is opening the cover of the cistern and placing it inside the cistern. When doing this, it is important to lower it carefully into the water and then replace the lid once it is in position.

This method utilizes the laws of displacement where the plastic bottle displaces a certain volume of water.

Trust me; this is a strategy that is guaranteed to save you a significant amount of water, especially if you have a family. The strategy will also reduce your water bill significantly. 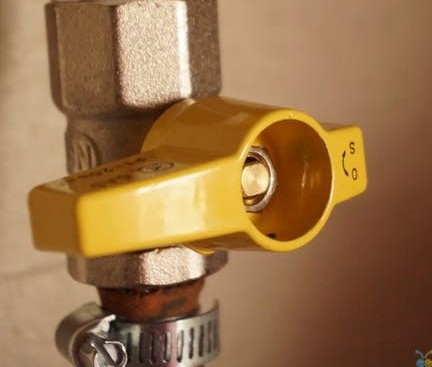 The last method on our list of effective ways to make a toilet more water efficient is replacing the flapper valve. The flapper valve is usually a plastic valve or thin rubber that is attached to the chain.

Whenever this valve is not closing properly, the toilet could waste significant amounts of water regardless of whether it is old or new. When I flush the toilet, the chain will pull up the flapper valve, which will then open up to allow water to enter into the tank.

If it is faulty, then the toilet will have leaks. You can test for leaks by putting food coloring in the bowl; if the color appears in the tank, it is evident that you have a leak.

Fortunately, replacing the flapper valve is not such a hard task. It is a task that you can do without depending on anyone else for assistance. To complete the task, I first flush the toilet to estimate how long the chain extends.

I then remove the chain from the lever and then remove the flapper that needs replacing. Next, I note the information of the valve then head to the hardware store to get a new one and then carry out the replacement.