Here is a short overview on myths I will cover in this article:

Without any further ado let’s start with the myth number one!

1. Softened Water Is Salty When…

If you have done a basic research on softeners, you might have come across this one. There are some sources that claim that water softened with salt has a tasty flavor.

This is one of those myths that is partially true.

Ions of sodium that replaced minerals causing water hardness will not make water salty itself.

However, when in contact with chloramine, sodium releases the salty flavor.

Basically, if chloramine is used by local treatment plant and is present in water, chances are that it will be salty.

2. When Recharging Softener Blocks Water For The Entire House

You probably know that salt-based softeners require to recharge regularly. This process is necessary to charge the ion exchange resin.

The thing is, calcium and magnesium – minerals causing hardness, adhere onto the resin. Over time, it causes the resin to reach its capacity and needs to be back-washed to get to point zero, where it is capable of adhering minerals again.

This process is called recharging, but also you might have heard a term flushing or backwash. What matters, though, is that it’s all the same thing.

Now, the question is what happens when the time comes to recharge. Does this mean that you won’t be able to use water during the period?

You still could use water. However, during the regeneration time, water won’t be softened. So, the best thing is to schedule regeneration for the night time, when you are likely not to use any water.

This is not exactly a myth, but I have decided to include this in as some people might be confused.

I have noticed that some users have been confused and thought that regeneration means they have to replace the resin every time.

So, I just want to make it clear that regeneration does not mean replacing. As I explained in the previous myth, it’s the process of cleaning the resin.

Now, over the time resin will lose its efficiency and you may wonder how often do you have to replace it.

Well, there is no specific number of cycles, however, if you have taken good care of softener and filtered water before it reaches the softener, the resin could last as long as 10 to 15 years.

4. Softened Water is Same As Distilled

The thing is, water distillers, remove everything literally out of the water, including minerals that cause hardness.

So, in a way, we can say that distilled water is similar to softened but not the same.

The difference is that softeners do not remove other contaminants than the one causing hardness. While distilled water is free from everything present in it.

5. Softener Salt Can Be Used To Melt Ice in Winter

This is a funny one, and it is actually true. The thing is that the salt used for water softening is pretty much the same as a normal salt.

What I mean by this is, it has the same structure. It is not processed any different than ordinary table salt.

The only difference is in the shape of used salt. There is a range of salts such as crystals, tablets, salt blocks, or granules.

But let’s get back to the point. At the end of the day, this is still salt. So, yes you can use it to melt the ice in winter, and it will still work. If you don’t have any salt left in your kitchen, then softener salt is your plan B.

Whether you like it or not, this is a fact to some extent. Anything you install on the plumbing, whether it is whole house filter, softener or even both, will slightly reduce your pressure.

Softener is no exception and will slightly drop the pressure, but the drop is so minor you will barely notice it. Although there is no need to panic unless you already have low pressure coming into your house.

If the initial pressure is high enough, the drop is so low that you probably won’t even notice it. But this is something you need to take into account.

Those of you who have used softeners, make sure to comment below how big was the pressure drop after you have installed the unit.

This is true to a certain extent. Salt-based softeners are capable of removing a very few contaminants, mostly we are talking about ions of iron.

However, you need to keep in mind that softeners are not designed to filter water unless we are talking about all-in-one combos that include filter and softener.

So, if you need to filter your water, the softener is not suitable for that.

Although not directly, this is actually true. Let me explain.

Hard water creates limescale on your appliances. The buildup that has developed over time reduces the efficiency of the devices.

Let’s take a kettle as an example. Limescale layer on the heating element causes that it takes longer to heat and boil the water. As the kettle works longer, it obviously consumes more energy.

Now, soft water doesn’t create limescale, which works as the resistance layer. As a result, appliances last longer, and it takes them less time to heat, which in turn saves energy. 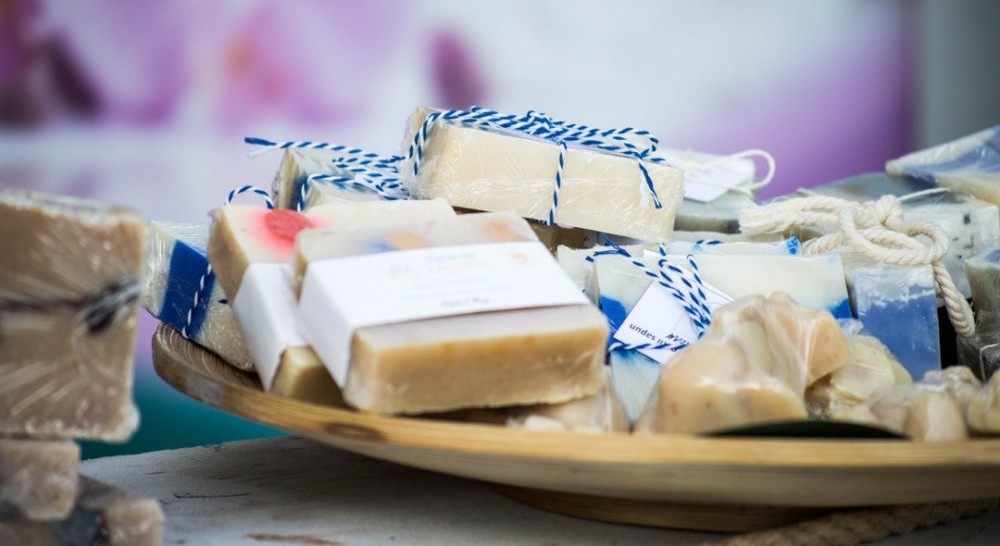 Here is the deal.

If you have ever experienced hard water, you have probably noticed that you need to use more detergents to form more lather. The reason for this is that cleaning chemicals like washing up liquid, laundry powder, or soap, become insoluble when reacting with hard water minerals.

As a result, you need more of it, but also detergents leave scum spots on clothes, sink, cutlery, and plates.

Now, I have tried to find out some numbers to see how much more of a detergent you need to use. But here is the problem.

Every region has a different hardness of water and based on this, you need more or less soap. For this reason, there is no specific number to this, but some sources claim that you might need up to 75% more detergents.

Imagine the amount of money you could save on cleaning chemicals by installing a softener. This could be huge, especially if you have a big family.

10. Water Softener Resin Is Not Recyclable

This one is true. Unfortunately, the ion-exchange resin is not recyclable. But here are some good news.

As I have said before, it lasts ages when proper care is taken.

Also, make sure to follow a safety procedure when disposing of the resin. The process is simple, put resin in a container, and secure it. Next step is to place the container with resin into general waste.

By doing this you will prevent softener beads from releasing into landfill. Don’t forget to use protective gear, although resin is made of stable materials and shouldn’t hurt you.

11. Soft Water Is Not Ideal For Coffee

This is not a myth. The thing most coffee lovers agree on is that certain level of hardness is necessary.

The reason for this is because minerals play a significant role in water flavor. The coffee association (Yes, something like this exists) presents that ideal hardness of the water should be 150 ppm in total and calcium hardness should be about 68 ppm.

Now, you can measure hardness with TDS reader. Although to measure the amount of calcium, you have to reach for testing strips that offer calcium hardness. I have only found calcium test kit for aquarium, but should do the trick – check it out on Amazon.

The bottom line is that soft water is not ideal for a coffee beverage. If you are an avid coffee drinker think about whether you need a softener, or get a remineralization stage.

12. The More Grains The Better Performance?

The first thing we need to do is to determine what does the grain number mean. The number of grains on the softener determines the capacity softener can process before it needs to start the regeneration process. This number doesn’t actually mean the efficiency of the softener.

Let’s have a quick look at how to actually determine what capacity do you need. I find it weird to use grains measurement, as usually grains are used to measure guns bullets, but whatever.

So, to determine what softener size is right for you, you will need to know two pieces of information. Your total daily water usage (gallons) and water hardness (in grains). Multiply these two numbers, and you will get a number that is required per day.

Now, because most softeners are designed to regenerate once per week usually, you will need to multiply daily requirements by seven.

The final number you will get is the capacity range you should be looking for.

However, there are lots of units that allow you to program the regeneration cycle so you can use the smaller softener with more frequent regeneration. Note, that frequent recharging leads to shortening the lifespan of the resin.

13. City Water Can Be Hard Too

Often, in my articles, I say that hard water is common when underground water is the main source. However, don’t get fooled that city water is always soft.

Although local treatment plants soften the water, don’t take it for granted. There is still a good list of cities where, although treated for contaminants, water is still hard.

The bottom line is that regardless of whether you are connected to groundwater or city supplied, you need to measure the hardness.

I hope you have enjoyed reading the list I have created for you. As you can see, there is much more to it than just hard water versus soft water, and neither of them is particularly bad. Although soft water brings more benefits to the entire household, the hard water still has its place to be used.

2 thoughts on “The Truth About Water Softeners And Hard Water: 13 Things You Didn’t Know”